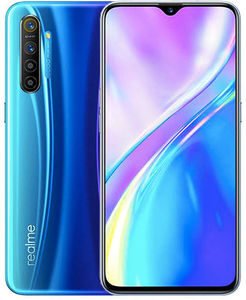 Realme is getting popular for offering premium smartphones at a relatively low price and is giving a tough competition to Redmi and Samsung. Realme has got attention again with the launch of Realme XT which has world’s first 64MP camera. This smartphone is launched I India with three variants on flipkart. The cheapest variant is with 64GB storage and 6GB RAM with price of Rs.15,999 and the second one with 64GB internal storage and 6GB RAM priced at Rs.16,999 and the third one with 128GB internal storage and 8 GB of RAM priced at Rs.18,999. Its first sale was on 16th September on flipkart but it was out of stock in just few minutes. Its next sale is on 30th September.

Its design feels premium and it has corning Gorilla glass at both front and back. This smartphone is slim than other Realme smartphones and also has Dual SIM plus micro SD card support. The 3.5mm headphone jack is placed at the bottom and it has a USB type-c port. It has an in-display fingerprint scanner.

The display quality is improved than previous smartphones by giving it a 6.4 inch Super AMOLED display with 1080 x 2340 pixels resolution with 19.5:9 aspect ratio. This display has very high brightness and good viewing angles.

The next reason to buy this smartphone is its processor. It has Snapdragon 712 Octa-core processor which is not available in this price range from other smartphone manufacturers. This processor is very powerful and it can handle heavy games without getting hot. It has AI cooling system which keeps the smartphone cool while gaming.

The main highlight of this smartphone is its quad camera setup at the rear having Samsung’s 64MP main lens. The camera of this smartphone is going to be one of the best cameras in the market. The setup consists of 64+8+2+2MP cameras at the rear where the main 64MP lens is a wide angle lens, 8MP lens is ultrawide, 2MP lens is macro lens and the last 2MP sensor is depth sensor. The front camera is a 16MP camera placed in water drop notch. This quad camera setup is very good due to its 64MP main sensor with effective resolution of 16MP but you can increase the resolution to full 64MP by changing mode.

It has a 4000mAh battery which lasts for a full day under normal usage and has VOOC flash charge 3.0, which charges the smartphone quickly.

Best car in India under 6 lakhs